Added 4 months ago by admin
27 Views
The Pittsburgh Zoo & PPG Aquarium is one of only six major zoo and aquarium combinations in the United States. Located in Pittsburgh, Pennsylvania's Highland Park, the zoo sits on 77 acres (31 ha) of park land where it exhibits more than 4,000 animals representing 475 species, including 20 threatened or endangered species.

The zoo's accredited membership of the Association of Zoos and Aquariums (AZA) was dropped in 2015.[1]
History

The Pittsburgh Zoo opened on June 14, 1898, as Highland Park Zoo,[2] after Christopher Lyman Magee donated $125,000 (about four million dollars when adjusted for inflation)[3] for the construction of a zoological garden in Pittsburgh's Highland Park. Like most other zoos of the time, the Pittsburgh Zoo more closely resembled a menagerie than an actual zoo. However, as time progressed, the animal exhibits eventually became more naturalistic, and the zoo's goal became more focused on conservation.

In 1937, the bear exhibits were built under the Works Progress Administration. These exhibits were the zoo's first attempt at constructing more naturalistic exhibits instead of simply displaying animals in cages. In 1949, the Children's Zoo opened with a grant from the Sarah Mellon Scaife Foundation. The Children's Zoo contained interactive exhibits and play areas for children, including a simulated large chunk of cheese that was inhabited by dozens of live mice. In 1967, the AquaZoo, a large aquarium, opened to the public. At the time of its completion, the AquaZoo was the only aquarium in Pennsylvania and the second largest aquarium in the United States.

In 1980, the zoo's Master Plan was put into effect. This plan called for extensive renovations and the construction of more naturalistic exhibits. The Asian Forest, which opened in 1983, was the first area of the zoo that utilized this new philosophy of naturalistic exhibits. The African Savanna was the next area to obtain naturalistic exhibits when it was completed in 1987. 1991 marked the opening of the Tropical Forest, a five-acre indoor rain forest showcasing about 16 species of primate and 150 tropical plant species. That same year, the Children's Zoo was renovated and renamed the Children's Farm. Three petting zoos were built in Children's Farm where children could pet kangaroos, deer, and domesticated animals such as sheep and goats.

In 1994, the Pittsburgh Zoo became a private nonprofit organization, still owned by the City of Pittsburgh, but managed and operated by the Zoological Society of Pittsburgh. That same year, the Education Complex was built. This new building contained five classrooms, a library, and a 300-seat lecture hall. The construction of this building was an important part of the zoo's history because it signified the zoo's dedication to conservation and education. In 2000, the AquaZoo underwent a $17.4 million renovation, and was renamed the PPG Aquarium. This new aquarium is twice the size of the original AquaZoo. In 2002, the Education Complex was expanded to include a second story, providing more classrooms, teacher resource areas, and an animal holding area. This expansion was made possible by the Scaife Charitable Foundation and by donations from senator Rick Santorum.

On November 19, 2002, elephant keeper Mike Gatti was killed by one of the zoo's elephants.[4] Gatti, 46, was killed while attempting to encourage the elephant to move to a different part of her enclosure.[4] She butted him with her head, crushing him against the ground and killing him instantly.[4] This was the first instance of a human fatality at the zoo, although there had been injuries.[4]

In 2006, the Pittsburgh Zoo completed Water's Edge, a marine exhibit that allows guests to have close encounters with polar bears, sea otters, and sand tiger sharks.[5] 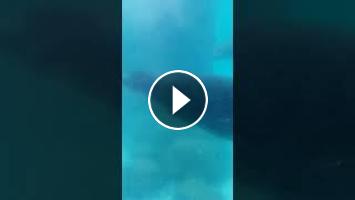 The Pittsburgh Zoo & PPG Aquarium is one of only six major zoo and aquarium combinations in the United States. Located in Pittsburgh, Pennsylvania's H...