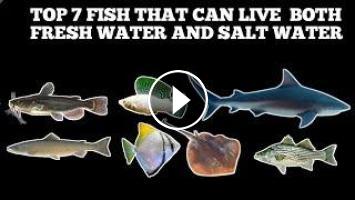 In this video we gonna learn the Top 7 fish that can live both fresh water and salt water KGTropicals, Aquarium, Freshwater Aquariums, Fish Keeping, r...